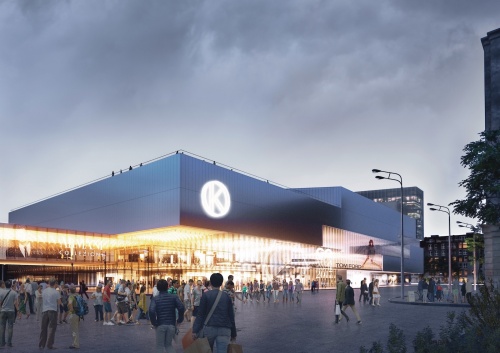 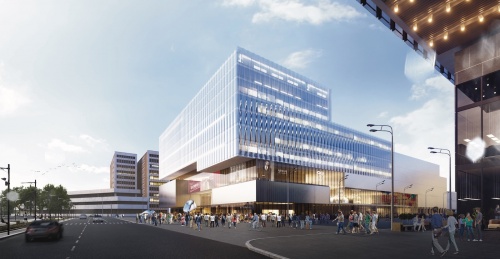 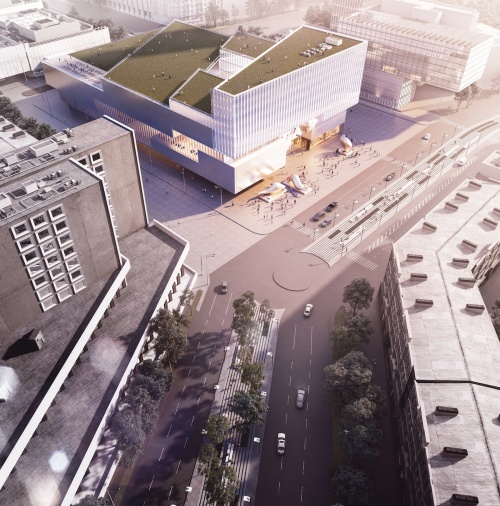 "Our desire was to bring something new and distinctive to Tallinn's urban space, which would at the same time interact well with the surrounding area. The given task wasn't easy, we had to take into account a lot of technical requirements, current detailed plans, as well as the central and sensitive location of the building in the heart of Tallinn, so we tried a wide range of options. Many of the current buildings are rather introverted and closed, the new Kaubamaja will be open and closely interacting with the city and street space. We introduced the idea of perimetral atrium, which will make commercial and cafe surfaces visible for the viewer from the outside. This way, Kaubamaja is not only a shopping mall, but also a nice meeting place," the authors of the winning work described their creation.

The prestigious architectural competition was announced on June 12th by Tallinna Kaubamaja Kinnisvara AS and MSI Grupp AS in cooperation with the Tallinn City Planning Department and the Estonian Association of Architects.

The winner was chosen among 15 competition works by the jury consisting of Peeter Kütt, the Head of Tallinna Kaubamaja Kinnisvara AS, Mati Ivask, the Head of AS MSI Grupp, Erkki Laugus, the Head of Kaubamaja AS, Arvo Rikkinen, Director of the Detailed Plan Division of the Tallinn City Planning Department, architects Martin Aunin (EAL), Jaak Huimerind (EAL) and Peep Jänes (EAL).

"When announcing the architectural competition, our wish was to find the best possible architectural solution, which will be the basis for the design and construction of the Kaubamaja Tallinn sales house, the Rävala pst office building and the underground parking lot. The jury's unanimous decision was thoroughly thought through, involving a number of recognised experts in their fields and taking into account different circumstances, starting from technical specifications and compliance with the existing detailed plans and ending with the overall architectural suitability of the solution to the urban space," said Peeter Kütt, Chairman of the Jury and Head of the Tallinn Kaubamaja Kinnisvara AS.

"We are very pleased that so many high-quality works were submitted to the architectural competition of Kaubamaja, so that the decision-making was quite hard for the jury - it's definitely a good sign. While preparing and conducting the entire competition, it was good to acknowledge that the Management of Kaubamaja understands and shares our vision in the planning of urban space, where it is important at each stage to involve the public and the specialists of the field. Planning a new building will also recreate a large part of the public urban space. We think that the winning work suits very well to the heart of Tallinn," said Katrin Koov, President of the Estonian Association of Architects.

"From the very beginning, the purpose of the architectural competition has been to find a suitable solution fit for the esteemed position of Kaubamaja, as well as to a central place in Tallinn's urban space, which would justify the high expectations of ourselves and the public, and allow us to take a position among other valued European department stores. I dare to think that the winning work does that, being at the same time classic and modern and very department store-like," said Erkki Laugus, the Head of Kaubamaja AS.

The architectural solution of the new building is interesting due to the articulated glass surfaces, distinctive use of materials and direct interaction with the urban space, which make the building open and inviting. For example, the glass belt (perimetral atrium) allows people from outside to take a look what's going on inside Kaubamaja, and the shifted atrium opens interesting interior views.

Additionally, the winning architects have successfully used the gradually articulated roof of the building, opening new views and creating cosy terraced café spaces, the planning of which takes into account, among other things, favourable cardinal points. According to the jury, the winning design concept is a good starting point for future work, where attention shall be paid to details and the specified internal design solutions shall be agreed.

The project negotiations with the winner of the architectural competition will start soon, and then, an application for the approval of project conditions will be submitted to the city of Tallinn. If everything goes as expected, the construction works will begin in 2020, and their completion will take at least four to five years. Since it is a long development process involving a large number of authorities and companies, all deadlines and final cost of the development will be established in the course of further work.

"The length of the construction works is also influenced by the fact that the building is being completed in several stages, so that throughout this time, we will always remain open to the visitors at least with regard to the most important commodity groups. Our desire is to involve all the important partners, the public, our clients and employees in every stage of the project, so that the completed Kaubamaja will be something we are all proud of - a bright, easily accessible and modern meeting place in the heart of the city, offering visitors an even wider choice and convenient leisure time activities," added Erkki Laugus.

Pictures of the winning work are available here:
https://www.dropbox.com/sh/7ixthkc6c79yrp7/AACKZZ9GeeqdKqy8qB_mY6zUa?dl=0